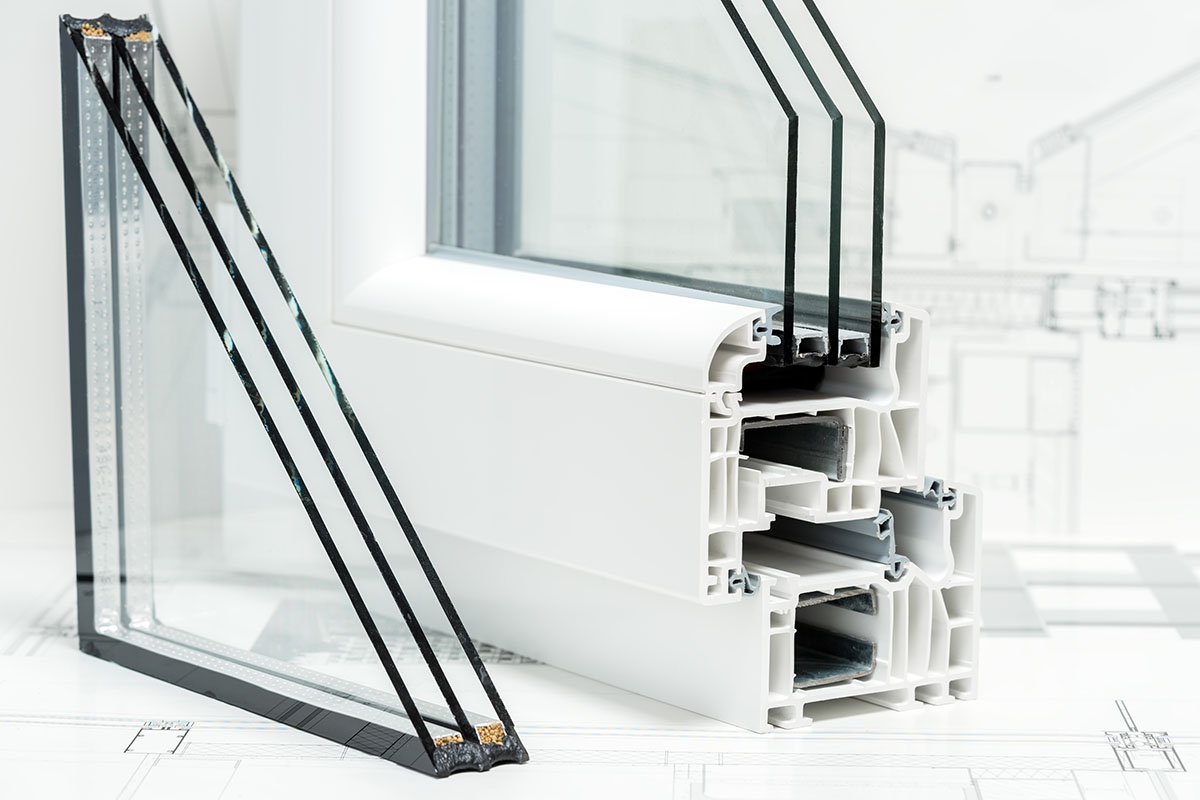 Along with letting in light and allowing for ventilation, windows also provide our homes with aesthetic appeal, help control sound and can increase energy efficiency. But they haven’t always been such a polished product…

In the early days of their design, windows were nothing more than a hole in the wall. But they gradually evolved alongside advances in architecture, framing materials and glass manufacturing to afford the advantages we take for granted today.

The origin of windows

In pre 16th century England, most windows were of stone or timber construction with unglazed openings that could be covered in various ways – oiled cloth, paper, shutters or even thin sheets of horn. Glazed windows, often small panes of glass set in lead strip latticework, were only seen in buildings of high stature.

In the 17th century, timber frames came into fashion and the sash window was introduced. This resulted in window sizes becoming standardised with thinner glazing bars.

The following century, there was a rise in popularity of two window styles: Arts and Crafts and Queen Ann. Arts and Crafts brought a return to leaded lights set in timber or stone mullions, while Queen Ann favoured sash windows painted white.

These stylings continued to evolve in the 20th century but for housing estates in particular, designs became more simplified. This was in conjunction with the rise of the modernist window, which was a “crisp”, simplistic, functional piece manufactured using the very latest in technology.

The introduction of glass

It was the Romans who brought glass making with them to England, using a technique that limited openings to a small size. Even though a process for making larger panes was discovered, this breakthrough didn’t help when William III introduced a “window tax”.

People were required to pay between two and eight shillings a year, depending upon the number of windows in their houses, and many bricked over their windows in order to avoid the charge. The tax remained in place for 156 years before being repealed in 1851.

In 1834, a cylinder sheet process for glass-making was imported from Germany, which meant Britain was able to produce higher quality glass in larger sheets far less expensively than previously-used methods.

The 20th century brought a number of new techniques for mass production, which resulted in more cost effective ways to produce higher quality glass in increasingly larger sizes. The float process for glazing – where molten glass floats on a bed of molten tin whilst the top surface is polished using pressurised nitrogen –  is still widely used today. Double glazing followed soon after.

A closer look at windows, glass and glazing today

Today, there are a number of window styles and glazing types to choose from, all of which can be combined to best suit various climates and purposes. But for most homeowners, U-values and energy efficiency remain the most important considerations.

To learn more about the window and glass options available to you, get in touch with Colne Valley Windows today.

GlassGlazingHistoryNitrogenStylesWindows
Share This
Recent Posts
Archives
Categories
Copyright 2017 Colne Valley Windows, All Rights Reserved | Web Design & SEO by SEO & Web Ltd.
We use cookies to ensure that we give you the best experience on our website. If you continue to use this site we will assume that you are happy with it.OK