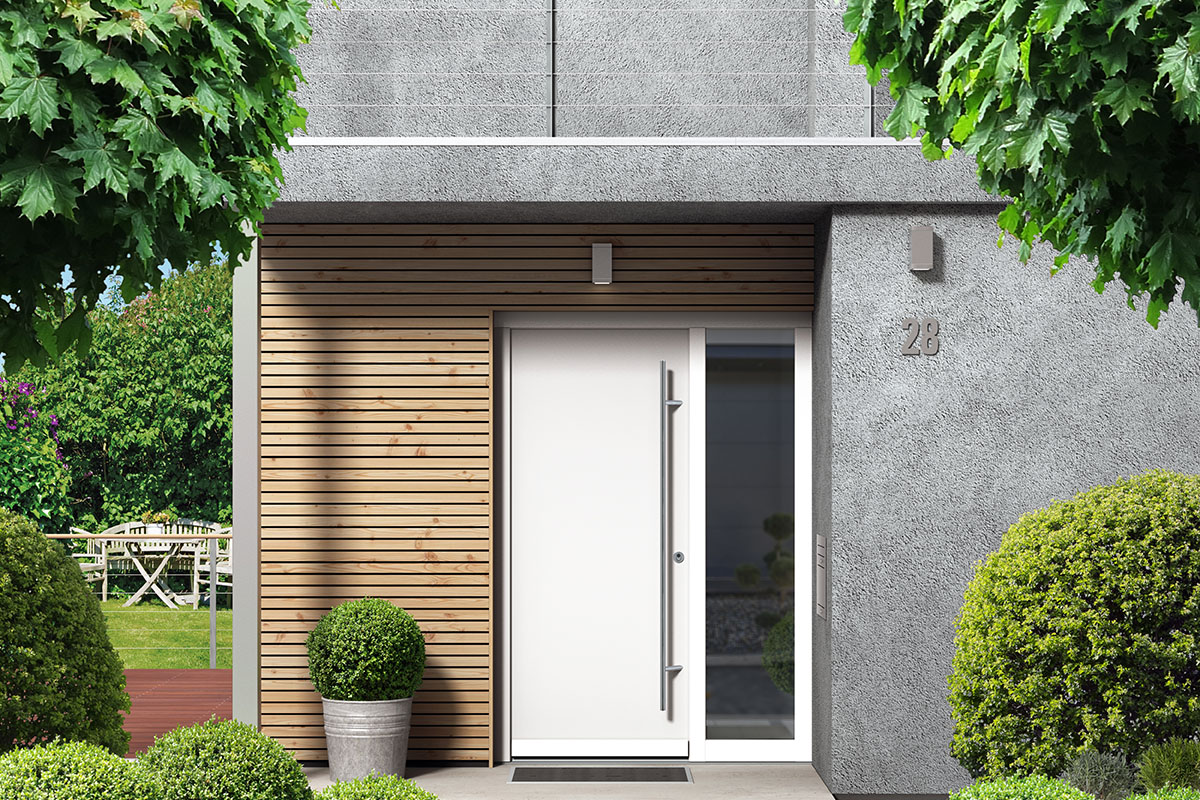 To your unfortunate embarrassment, there’s a good chance you’ve tried to open a door by pushing it only to realise it needed pulling. This is a common occurrence on the high street, where one retailer might have a door opening inwards, while the shop next door has a door opening outwards.

Most of the time, the doors to public buildings open outwards for health and safety reasons. For example, if there was a fire and lots of people needed to get out, it’s much easier to push a door open rather than pull it.

So why do the front doors to virtually every home in the country open inwards? If you had a choice, would you prefer it if your front door opened outwards?

There’s actually a number of reasons why front doors open inwards, for both safety and practicality…

In years gone by, front doors would open outwards because their hinges were also on the outside. As you can imagine, this wasn’t great for home security, as the door could easily be unattached and opened by burglars.

Even though it’s possible to hide hinges on doors that open outwards, it is much easier to keep them on the inside. As time has gone by, more and more doors now open inwards.

Protection from the weather

Another reason for doors opening inwards is to protect you from the elements. For example, a door swinging outwards could easily be caught by a big gust of wind and hit someone or something nearby. It’s similar to opening a car door in windy weather.

Also, in wintertime after a heavy blizzard, the snow that settles outside your front door could make it impossible to open. The same goes for floor water, which has the potential to trap you in your home.

Safety for you and your family

The main reason why public building doors open outwards is the same reason why domestic doors open inwards – fire safety. If there’s a fire in your home, it’s much easier for a fire crew to break down a door that opens inwards than an outward swinging one.

But the added protection an inward open door provides doesn’t end there. After all, whenever someone knocks on your front door, there’s a possibility you will hit them when opening it. This won’t go down well with friends or family members when they pop round for a cup of tea!

Despite the benefits of a front door opening inwards, can you get one that swings outwards?

While they’re not that common, you can get outward swinging front doors in the UK. The only time it might not be possible is if your home opens up onto a highway as per the Highways Act 1980.

Here at Colne Valley Windows, our years of hands-on experience means we can provide recommendations on what you should look for in a new front door, and what you should avoid. Be it composite, uPVC or aluminium, we’re here to help, so get in touch with us today.

AluminiumCompositeDoorsSecurityupvc
Share This
Recent Posts
Archives
Categories
Copyright 2017 Colne Valley Windows, All Rights Reserved | Web Design & SEO by SEO & Web Ltd.
We use cookies to ensure that we give you the best experience on our website. If you continue to use this site we will assume that you are happy with it.OK